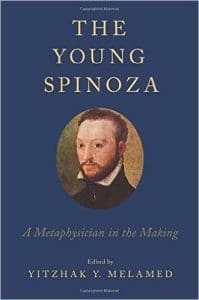 Ex nihilo nihil fit. Philosophy, especially great philosophy, does not appear out of the blue. In the current volume, a team of top scholars-both up-and-coming and established-attempts to trace the philosophical development of one of the greatest philosophers of all time. Featuring twenty new essays and an introduction, it is the first attempt of its kind in English and its appearance coincides with the recent surge of interest in Spinoza in Anglo-American philosophy.