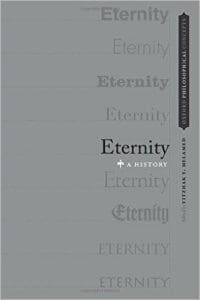 Eternity is a unique kind of existence that is supposed to belong to the most real being or beings. It is an existence that is not shaken by the common wear and tear of time. Over the two and half millennia history of Western philosophy we find various conceptions of eternity, yet one sharp distinction between two notions of eternity seems to run throughout this long history: eternity as timeless existence, as opposed to eternity as existence in all times. Both kinds of existence stand in sharp contrast to the coming in and out of existence of ordinary beings, like hippos, humans, and toothbrushes: were these eternally-timeless, for example, a hippo could not eat, a human could not think or laugh, and a toothbrush would be of no use. Were a hippo an eternal-everlasting creature, it would not have to bother itself with nutrition in order to extend its existence. Everlasting human beings might appear similar to us, but their mental life and patterns of behavior would most likely be very different from ours.