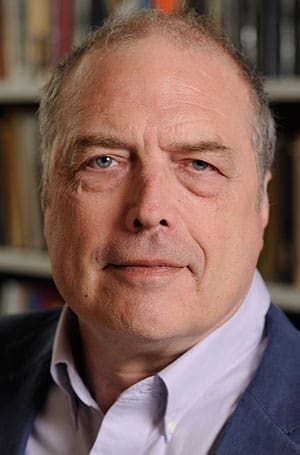 Robert Rynasiewicz, professor of philosophy, is an internationally recognized philosopher and historian of science. In the last few years he has given talks at Amsterdam, Bern, Konstanz, Rome, Dubrovnik, Louvain, Vienna, Quebec, Vancouver, the Max-Planck-Institut für Wissenschaftsgeschichte (Berlin), the Belgium Society for Logic and Philosophy of Science, and the Konrad Lorenz Institute for Evolution and Cognition Research (Altenberg, Austria). After postdoctoral work at Pittsburgh and Cornell, he taught at Case Western Reserve before coming to Hopkins. His publications include numerous articles, especially on historical and foundational issues in space-time physics from the 17th-century to the present. Current research interests span history and foundations of 19th- and 20th-century physics, the philosophy of logic, language, and psychology. Teaching at Hopkins has included courses cross-listed in the Departments of Physics, Psychology, History of Science, and Computer Science. Rynasiewicz has held NSF, NEH, and Mellon Fellowships. He is a member of the Johns Hopkins Center for History and Philosophy of Science, an Adjunct Professor in Philosophy and the Committee on History and Philosophy of Science at the University of Maryland, a participant in the Baltimore-Washington Foundations of Physics Group, and a member of the Sylvester Institute for Mathematics, Computing, and Application (SIMCA).